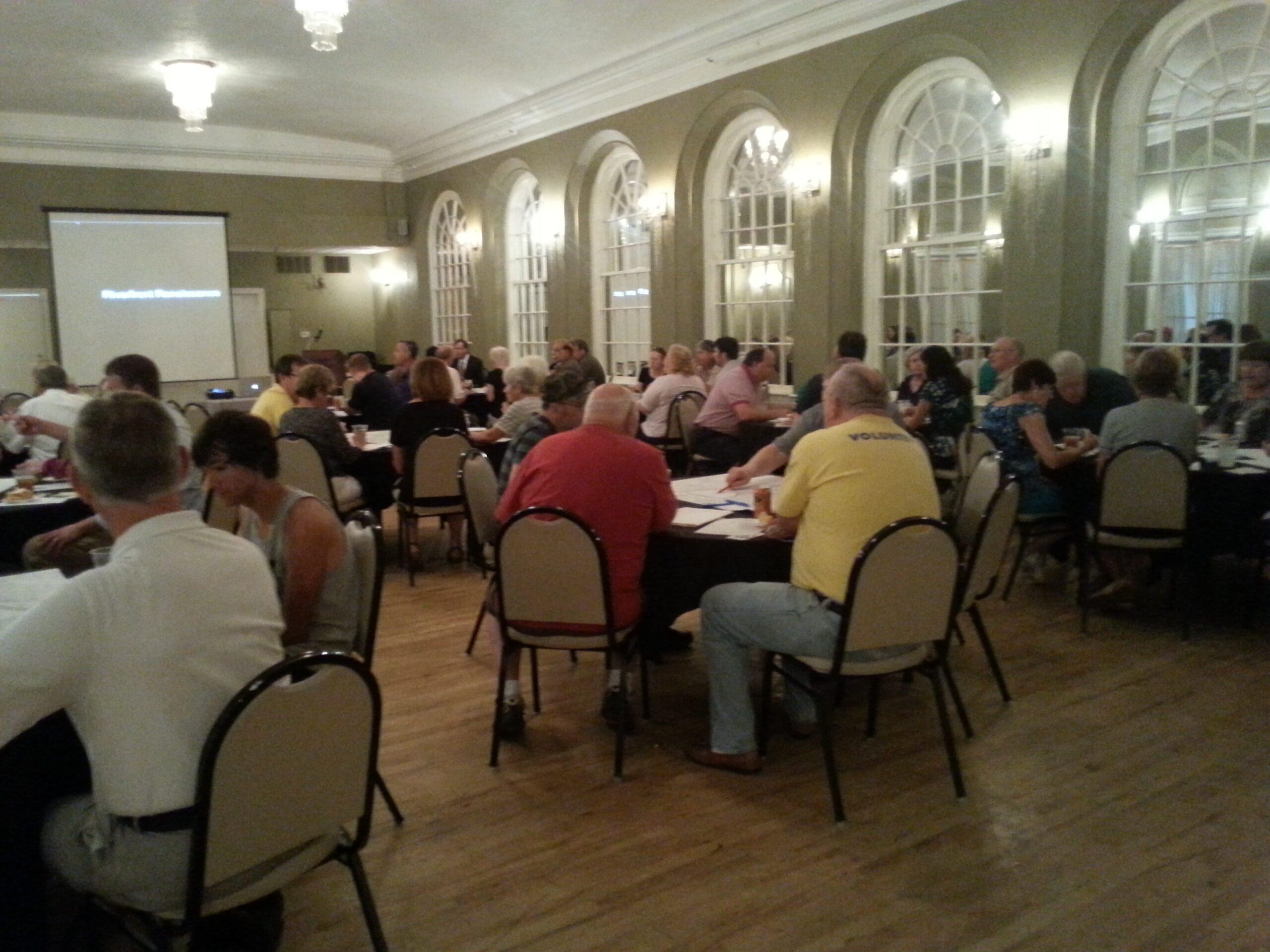 On Tuesday, June 23rd the first public input meeting for the Riverfront Renaissance was held at the Hotel Ottumwa.  Over 70 participants were asked to give their input as to what areas of the river were liked the best, least and which were felt to have the most potential overall.  The results of this exercise have now been posted to the Ottumwa Riverfront Website for public viewing.  This has been yet another step towards riverfront development but the work on the Riverfront Renaissance project actually began with the analysis phase back in 2013, consisting of on the ground research and analysis of maps and historical records.  Next, a 15-person task force was formed and began meeting to give guidance and provide connections of community stakeholders.  All of this activity will culminate in a large public design process to be held at Bridge View Center July 22-24.  This exciting design charrette will  be overseen by Christian Rushing and his professional design team. This is a very intense, weeklong event where the community can voice their opinions, meet with Rushing and his team and see all the maps and drawings. Plans will then be developed, along with the cost estimate, between August 2014 and March 2015.  To view the initial findings from the recent public meeting or to complete your own survey logon to http://www.ottumwariverfront.com/resources/.