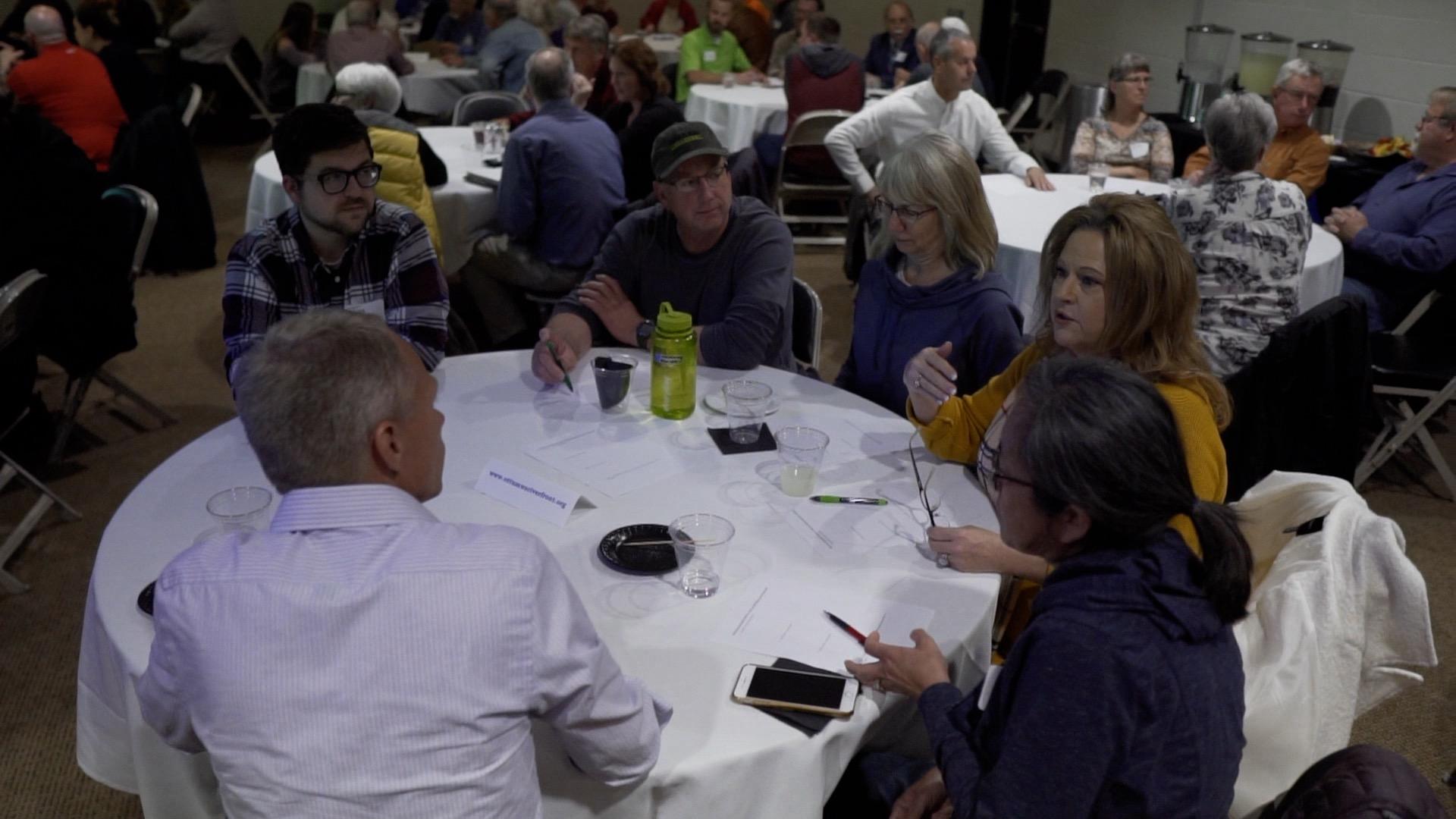 Approximately 90 people came together during the evening of October 28th at the Bridge View Center to discuss how the Ottumwa riverfront could be improved.  During the meeting, Vandewalle & Associated presented participants with an “Electric Park” concept which included a Riverwalk and bike trail, greenspace gathering area, educational elements about river and hydro dam, a pedestrian bridge to connect to downtown which could also double as the backdrop for a performing/event stage, public restrooms and multiple art and light installations placed throughout the area.  Participants voted on their impressions of the concept and how they would utilize the space.  Further small group discussions were held at each table encompassing specific questions including what their concerns were surrounding the project and what components they felt were missing and should be considered in the future.  Common concerns discussed at the tables centered on ongoing maintenance of the site and how the project would be paid for. Results of the poll indicate that 82% of the participants agree or strongly agree that the Electric Park concept supports a future vision for downtown.  Further polling indicates that most participants felt that the number one goal for the project was to be known as a destination for Ottumwa and the region and the second most important goal was the economic impact that it could provide.  Click on link below to see all the polling results from the public input session held the evening of October 28th.  Feedback obtained during this meeting will be used to further refine conceptual plans and to investigate solutions for those areas of concerns introduced by attendees.  For more information, visit www.ottumwariverfront.org.