One empty building and 1445 volunteer hours – $35,677; 16 punching bags, 2 speed bags, and 55 pairs of boxing gloves – $6,293; 1 boxing ring –  $5,898; 45 years of keeping kids off the streets and out of trouble….PRICELESS. This is the Ottumwa Boxing Club. The club has changed locations seven times, had 4 different head coaches and has even produced a Golden Gloves Champion or two, but the mission has never changed:

To provide the youth of Ottumwa area a positive center to learn skills of how to get and stay healthy and become contributing members of their own communities.

The current head coach, Robbie Adamson, was not even born when Bill Robinson, a Golden Gloves Champion and IAB Hall of Famer, started the Ottumwa Boxing Club in 1973. When Robbie was in middle school he started getting into fights, not listening in school, running the streets and getting into trouble with friends. The day Robbie, and current OBC Board President Brian Jones, met Bill Robinson changed everything. While Robbie was headed down a path that saw many of his friends end up in juvenile detention, Brian’s parents were going through a divorce. They began using boxing as an outlet for stress and anger. Coach Robinson was more than a boxing coach, he was a mentor, advisor, and when needed, a moral compass, that guided Robbie, Brian, and many other Ottumwa youth into adulthood. Both went on to box at the national level.

Many members of the club are young people with an unstable home life. Some are lost, confused and angry at the world around them. The boxing club affords a controlled and reassuring environment. They learn how to win with gratitude and lose with dignity. They build confidence, optimism, sociability and a strong sense of belonging.

Fast forward to 2017, Robbie Adamson is now the driving force behind the Ottumwa Boxing Club. He, together with his wife, Kari, used personal funds to purchase a building on Mary Street, and for the first time in 45 years, the Ottumwa Boxing Club has a permanent home. A dedicated group spent the next several months opening up and renovating the building. During those months, the OBC did not come to a standstill. The kids continued to train in a board member’s garage, they held several fundraisers, and applied for a Legacy Bright Ideas Community Enrichment Grant.

The Bright Ideas Community Enrichment Grant review committee awarded a grant to the Ottumwa Boxing Club to outfit their newly renovated space. With the funds, the OBC will have new cushioned flooring, punching bags, medicine balls, training and boxing gloves, exercise equipment, and a competition boxing ring. By supporting the OBC’s mission, the Legacy Foundation also fulfills their mission to improve the health, education and vitality of the Ottumwa area. 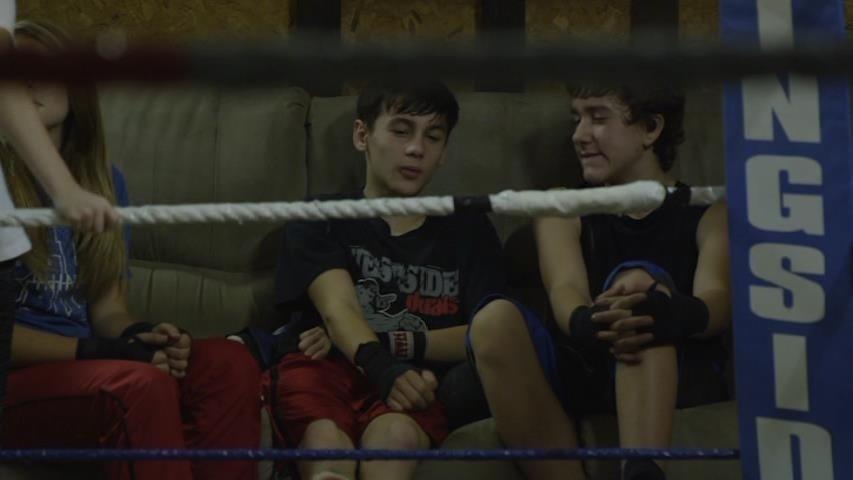 While reading the many letters in support of the Ottumwa Boxing Club grant application, one realizes the difference the club has made to so many at-risk youth over the course of its 45 year history. Manny Merida, Jr. was about 15 years old when he started going to the boxing club.  His parents were going through a divorce and Manny described himself as “very rebellious”.  “Robbie took me in and treated me like family. I didn’t have any money and he never once asked me for a dime. They provided transportation and training for me at no cost. I honestly think that if it wasn’t for Robbie and the Ottumwa Boxing Club, I would be in prison…Over the years I’ve seen that gym take in boys and shape them into very respectful young men. One way I decided to give back is to coach young kids there for free. I hope I can do for them what Robbie and the gym did for me when I was facing adversities in life.”

In listening to Robbie talk about the Ottumwa Boxing Club, his passion for the sport and the young people he coaches really shines through. He has drive, dedication, integrity and respect, yet, is surprisingly humble. When asked why he thought his relocation project was so important, he just shrugs and says, “I want a permanent place for the boxing club; to provide a safe place for our youth to come and acquire skills as well as be taught positive reasons to be part of their community. It is my way of giving back to the community that gave me a positive start in my young formative years.”