Foundation Loses One Of Its Own

Home > News > Foundation Loses One Of Its Own

We recently said goodbye to one of our own as Brad Little, the Legacy Foundation’s first President & 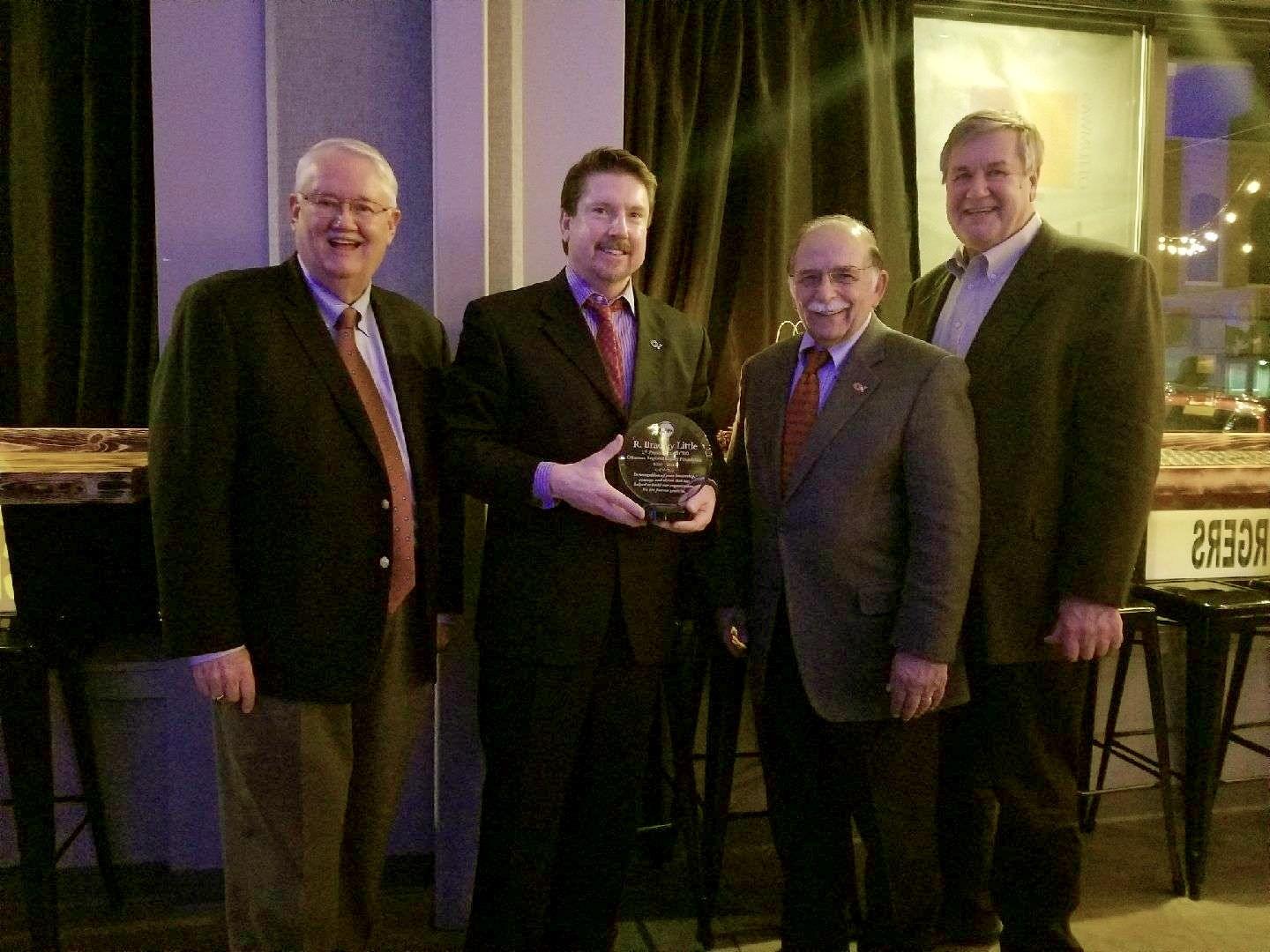 CEO, tenured his resignation for a new position in Indiana.  Before his departure, the staff and board members were able to express their gratitude for Brad’s leadership over the past seven years at the annual holiday party.  Chairman of the Board, Eldon Hunsicker, presented Brad with an award “In recognition of his leadership, courage and vision that has helped to build our organization.” Although it is with deep sadness that we see Brad go, we wish him, his wife Melissa and their children the best of luck in this new endeavor.  During the transition, the board has named Kelly Genners as Interim President/CEO of the Foundation.  A national search will be conducted to fill the permanent position.

The following information has been obtained from the Indiana Philanthropy Alliance regarding Brad’s new role:

The Board of Directors of the Community Foundation of Greater Fort Wayne is pleased to announce that Brad Little has been elected as the new President and Chief Executive Officer. Little will assume that role beginning January 8, 2018. He was selected from a national search after the current Executive Director, David Bennett, announced his plans to retire in December of 2017 after 22 years of service.

Little has extensive experience with community leadership and cross-sector collaboration. He currently serves as the President and CEO of the Ottumwa Regional Legacy Foundation, a private foundation located in southeast Iowa. During his time there he has worked diligently to use collective impact modeling to build coalitions that address the greatest needs in the region. Prior to that, Brad served as the President of the Legacy Fund, an affiliate of the Central Indiana Community Foundation which serves Hamilton County.

“Brad was selected from an extremely talented pool of candidates because of his significant experience with community leadership, strategic planning, and collective impact models,” said Shannon Hardiek, Board President for the Community Foundation. “He is a creative problem- solver and a respected leader who we are confident will move the community foundation toward continued growth.”

“I look forward to meeting the Fort Wayne Community, listening, and learning a lot,” said Little. “Listening to donors, community leaders, board, and staff to understand what the greatest needs are in the community. Through listening, convening and collaborating, we will not only continue the great work accomplished under David Bennett’s leadership, but also use that as a springboard. There’s a significant opportunity to grow the community foundation’s role as a philanthropic leader, I want to elevate our ability to address community needs and work collectively to create even greater positive impact.”

A native Hoosier, Little is a graduate of Ball State University and earned his MBA from Butler University. Little’s career experience includes a variety of non-profit and for-profit endeavors including private foundations, community foundations and corporate environments