Wednesday, March 16, 2016 was a very special day for the Legacy Foundation and the city of Ottumwa at the corner of Green Street and the former alley leading to Appanoose Rapids in the 300 block of East Main Street.  In a gathering of city councilmen, city staff, Legacy Foundation board members and staff along with other friends, Mayor Lazio declared the day as “Christian Rushing Day” via proclamation while Legacy Foundation President & CEO Brad Little unveiled a new street sign – “Rushing Way” in celebration and honor of urban design consultant and friend Christian Rushing.

Since October 2011, Christian has been traveling monthly from Chattanooga Tennessee to Ottumwa, to help craft the vision behind many of the downtown and riverfront revitalization initiatives completed, underway and on the drawing board.  As an urban design consultant to Legacy Foundation, he is responsible for their Reclaim Main Street, Riverfront Renaissance and Housing initiatives and along the way has become one of Ottumwa’s biggest supporters.

In April of 2015, Christian was diagnosed with stage IV gall bladder cancer.  To no one’s surprise, he is courageously and aggressively fighting this life threatening disease while still maintaining a rigorous consulting schedule.  He has continued his regularly scheduled visits to Ottumwa and meeting with our various committees and boards. 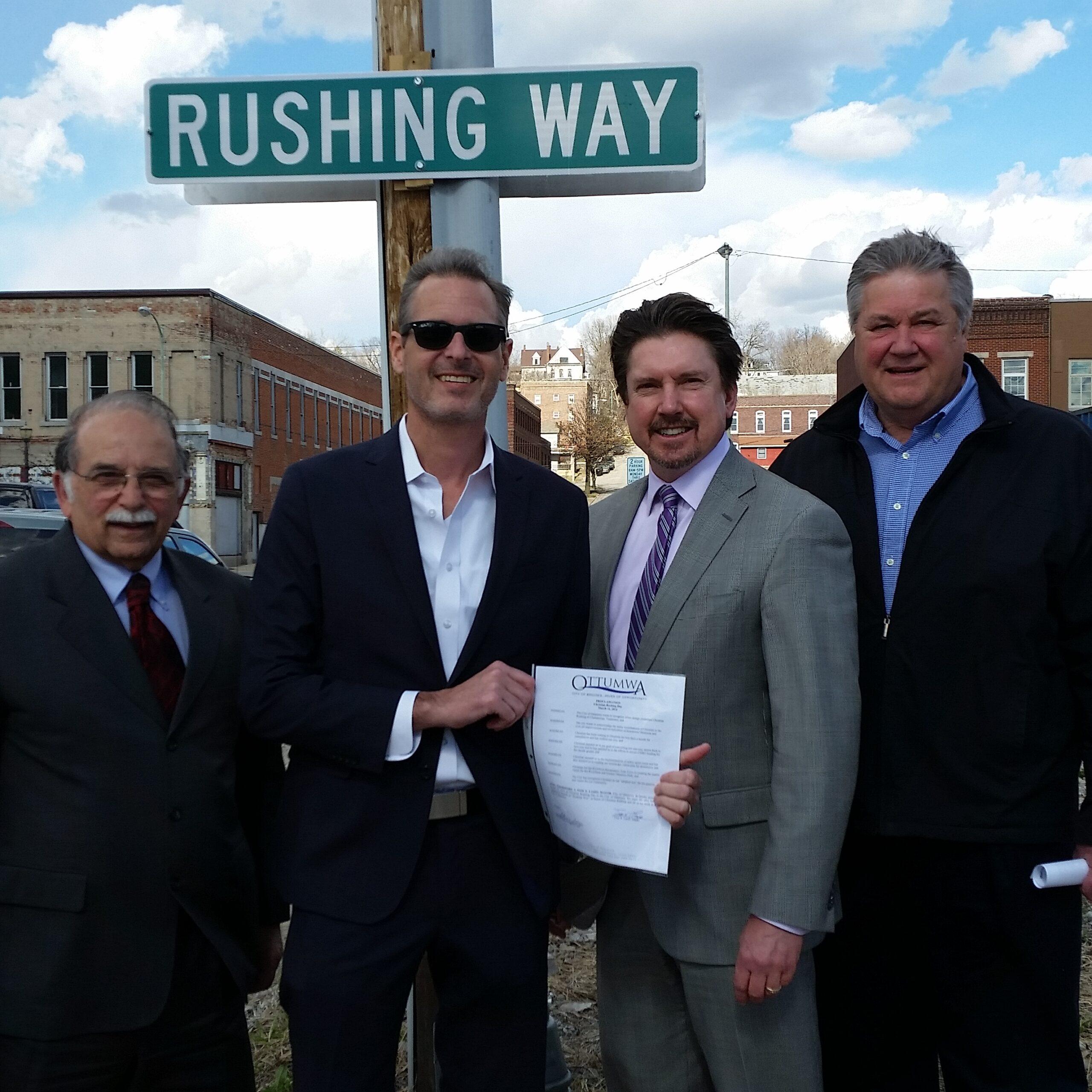 In honor of his commitment to and passion for Ottumwa Iowa, the Legacy Foundation with approval from the city of Ottumwa named the south alley that runs behind the 300 block of east main and the Alliant Energy sub-station “Rushing Way”.

Brad Little stated:  “We feel that once the Jefferson Street parking lot is completed along with the sub-station wall, the façade work in the 300 block, the two-way street conversion and implementation of the quiet zones along with dozens of other initiatives, this is a wonderful way to acknowledge Christian and to say “thank you” for caring about our city.”